Sevilla and Valencia face each other at the Ramon Sanchez Pizjuan in an intriguing game from the 38th round of La Liga. This is the last round of the Spanish league for this season. Let’s preview this game in our free sure soccer tips for today.

Sevilla are 4th in the league at the moment and they will one hundred percent finish in the Top 4, which is great news for them – the Andalusians will return to the Champions League. On paper they could even finish third in the final standings as they are just two points behind Atletico Madrid.

We can say this was a successful debut season for the manager Julen Lopetegui. The former manager of Spain and Real Madrid did a good job to win his club a place back in the Champions League. Sevilla showed some good things during the season, but it could always be better of course.

Valencia can’t be so satisfied about their campaign, though. Los Che are 8th in the standings with 53 points and this is never good enough for such a big club. They changed few managers during the campaign and it’s always a sign that something is not right.

What Valencia could do now is finish the season and hope for something better in the next one. There are rumours that Los Che want to sign with Getafe’s manager Jose Bordalas. It’s an interesting rumour, so we will follow it in the next few weeks. In their last game in the league Valencia recorded a win, beating Espanyol at home.

In our free sure soccer tips we expect to see Sevilla ending their season with a win. Los Rojiblancos are in a much better state than Valencia at the moment. It’d be a fitting end for a successful campaign for the Andalusians.

Bayern Munich will play against Eintracht Frankfurt in the Bundesliga and we got Accurate soccer prediction for the match. The game is on Saturday, May 23 from 17:30 UK at Allianz Arena.

Bayern Munich is in the first place with 58 points after 26 games. The team got four more points than Borussia Dortmund which is realistically the only team that can challenge them for the title this season. The Bavarians are in a unique form and won 11 of their last 12 matches in all tournaments.

The current winning streak of Bayern in Bundesliga is 5 clashes. In the last 3 of them, the FCB even didn’t allow a goal. I don’t think that anyone can challenge them for another title in Germany and they are favorite in Champions League also but we don’t know yet when we will see the tournament again.

Eintracht Frankfurt is in 13th place with 28 points from 25 matches. Eintracht is only 5 points ahead of the relegation zone. That happened because the team lost their last 4 games in the Bundesliga. Their first clash after the break was at home and they lost against Borussia M’gladbach 1:3. Before the break, Bayer Leverkusen beat them 4:0.

The other two teams that won against them during that negative series were Union Berlin and Borussia Dortmund. We can also add that the Eagles lost 0:3 at home in Europe League against Basel. The only good news for them lately was their victory at home in DFB Pokal against Werder Bremen 2:0.

Without a doubt, we have a clear favorite in the upcoming match and that is Bayern Munich. I don’t see how they will not beat Eintracht Frankfurt. We must say that earlier this season Eintracht beat Bayern 5:1 but a lot changed since then and it’s time for revenge. Accurate soccer prediction: Bayern Munich -1.5 AH 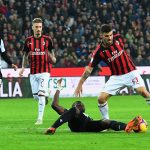